January 2012
The Executive Agency “Railway Administration” submitted in the European Commission a registration form to receive a registration number of TINSA Ltd. in the NANDO system as a Notified Body, according to Directive 2008/57/ЕО.

November 2011
TINSA Ltd. obtained a National License to execute activities related to the assessment of the conformity of a subsystem or a part of subsystem with the national safety regulations or the technical rules No. 002/07.11.2011, issued by the Minister of Transport, Information Technology and Communications.

September 2010 – November 2011
TINSA Ltd operates in line with the ratified documents of the management system according to BDS EN ISO/IEC 17021 and BDS EN 45011, provides periodical trainings for the staff, updates its documentation in accordance with the introduced new editions of the standardized documents and the accepted TSI for conformity assessment, and is in preparation to implement real activity in conformity assessment and EC-verification.

September 2010
TINSA Ltd. applied in the Executive Agency “Railway Administration” for a license to implement EC-verification of “infrastructure”, “energy” and “control, command and signaling” structural subsystems.

Procedures were developed providing overall verification in conformity with the Technical specifications for interoperability relating to the conventional railway lines of subsystems “infrastructure”, “energy” and “control, command and signaling”, as well as “aspect safety in railway tunnels” and “aspect accessibility for persons with reduced mobility”. A highly qualified team having experience of many years in the railway transport sphere and familiar with the requirements for implementation of subsystems EC-verification was set up.

On 24.02.20210, in the city of Sofia, between National Railway Infrastructure Company, in its capacity of an Employer, and "TINSA" Ltd (Contractor), a … END_OF_DOCUMENT_TOKEN_TO_BE_REPLACED

A planned modernization of the track measuring laboratory EM-120 is in realization. Modernization includes installing of a Georadar system for monitoring … END_OF_DOCUMENT_TOKEN_TO_BE_REPLACED 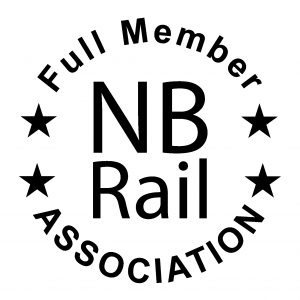